US Patent:
4904110, Feb 27, 1990
Filed:
Jun 17, 1988
Appl. No.:
7/208148
Inventors:
Herbert H. Klein - Arlington Heights IL
Assignee:
Unarco Industries, Inc. - Chicago IL
International Classification:
A47B 4700
US Classification:
403379
Abstract:
In a shelving system, a columnar post, an outer plate, and a fastening device for fastening the outer plate removably to the columnar post. The fastening device includes a bolt having a threaded shank and a transverse head, which is integral with the threaded shank, and which includes a longer portion and a shorter portion, and fastener, which is threadable onto the threaded shank. The bolt is adapted to be sucessively inserted through an aperture in the outer plate, inserted through an aperture in a front wall of the columnar post, rotated about the threaded shank in a clockwise sense, and drawn outwardly until the longer portion of the transverse head bears against a curved corner where the front wall merges with a lateral flange of the columnar post, so as to prevent further rotation of the bolt in a clockwise sense. The longer portion of the transverse head is conformed to the curved corner so as to bear in surface-to-surface contact against the curved corner. The longer and shorter portions of the transverse head are adapted to bear against the margin of the aperture in the front wall, when the bolt is drawn outwardly, so as to prevent axial withdrawal of the bolt.

US Patent:
4117938, Oct 3, 1978
Filed:
Jul 22, 1976
Appl. No.:
5/707686
Inventors:
Herbert H. Klein - Arlington Heights IL
Assignee:
Unarco Industries, Inc. - Chicago IL
International Classification:
A47F 500
US Classification:
211191
Abstract:
There is disclosed herein a rack system for use in a warehouse to store pallets loaded with goods. The system includes a plurality of racks which are separated by aisles. Each rack includes a plurality of vertical frames which are spaced apart so as to define storage rows. Each frame includes a plurality of vertical posts and horizontal pallet-rails. The pallet-rails are mounted to the posts so as to extend forwardly beyond the front posts. Thus when the rack is loaded, the front post is "buried" between rows of loaded pallets for protection against fork truck collision. Furthermore, with this positioning of the front post, the entrance or opening to the row is greater than with prior art constructions. The greater opening permits a forklift operator to more easily maneuver loads into the row or permits a reduction in the width of the aisle between racks. A protector arm assembly is provided for mounting to the front post beneath the extended pallet-rail and extending forwardly of the post for preventing injuries to personnel and loads resulting from striking the end of the rail and for providing additional support for the rail.

US Patent:
5033600, Jul 23, 1991
Filed:
Sep 13, 1990
Appl. No.:
7/582327
Inventors:
Herbert H. Klein - Arlington Heights IL
Assignee:
Unarco Industries, Inc. - Chicago IL
International Classification:
B65G 13075
US Classification:
193 35A
Abstract:
For a roller track for a storage rack arranged for gravitational flow of load-bearing pallets, an elongate stop having a hooked end and being made from a polycaprolactum (nylon 6) of a suitable grade having a tensile strength of at least about 11,800 psi, a modulus of at least about 400,000 in flexure, and an inpact strength of at least about 1 foot-pound per inch of notch in the Izod test. A roller track for such a rack comprises two parallel walls, a longitudinal array of freely rotatable rollers journalled therebetween so as to extend upwardly from a space therebetween, and such a stop mounted therebetween, at a lower end of the roller track, so that the hooked end points upwardly.

US Patent:
4741445, May 3, 1988
Filed:
Jan 15, 1987
Appl. No.:
7/003503
Inventors:
Herbert H. Klein - Arlington Heights IL
Assignee:
Unarco Industries, Inc. - Chicago IL
International Classification:
A47B 4700
US Classification:
211192
Abstract:
A wedge connector for securing the horizontal cross beam of a storage rack to the hollow upright posts of the system. Two ear-supporting members extend laterally from an elongated shank, each of which members carries an upwardly extending wedging ear. The wedge connector has a shape and carefully controlled dimensions that make it possible to insert the elongated shank and lower wedging ear into the upper slot of a pair of elongated slots in the upright post of the storage rack. The elongated shank is then swung down within the interior of the hollow post into a position where the lower wedging ear can be moved back out of the lower elongated slot of the pair of slots, so that the wedge connector can then drop directly down into its operative position. In this position portions of the wall of the upright post are embraced by a downwardly opening rectangular notch at the bottom edge of each laterally extending ear-supporting member. The dimensions of the upper wedging ear of the wedge connector are controlled so that the upper ear cannot be inserted in the upper elongated slot in the upright post.

US Patent:
5131781, Jul 21, 1992
Filed:
Feb 8, 1991
Appl. No.:
7/653007
Inventors:
Herbert H. Klein - Arlington Heights IL
Assignee:
Unarco Industries, Inc. - Chicago IL
International Classification:
F16B 900
A47F 510
US Classification:
403254
Abstract:
A novel connector for connecting a beam to a column in a storage rack is disclosed. A flanged member is fitted against the column, with a side flange disposed against a side wall of the column and with a front flange disposed against a front wall of the column. Hooks on the front flange are hooked into apertures of the front wall. An elongate, strip-like spring clip is clipped onto the side flange, which has a recess receiving a bent portion of the spring clip. Another portion is accommodated by a trough extending from the recess. A dimple formed on the spring clip extends into a slot of the side flange. A locking pin affixed to the spring clip extends through an aperture of the side flange and through one of an array of apertures of the side wall.

US Patent:
5020678, Jun 4, 1991
Filed:
Jun 27, 1989
Appl. No.:
7/371926
Inventors:
Herbert H. Klein - Arlington Heights IL
Assignee:
Unarco Industries, Inc. - Chicago IL
International Classification:
A47B 4700
US Classification:
211191
Abstract:
A structural rack comprising a column and a beam, each made from a standard channel with a web and two tapered flanges, and a bolted connection between the column and the beam. The tapered flanges of the beam are notched so as to form an internal corner, into which an external corner of the column is fittable. The bolted connection uses a conventional bolt and a special nut, which has a flange-engaging surface conforming to a curved surface where one of the tapered flanges of the column meets the web of the column. Upon relative movement of the column and the beam as the bolt and the nut are tightened, the flange-engaging surface cams the last-mentioned flange against adjacent edges of the notched flanges, thereby to assemble the beam and the column with the external corner fitted tightly into the internal corner.

Connector Assembly For A Storage Rack

US Patent:
4236642, Dec 2, 1980
Filed:
Mar 2, 1978
Appl. No.:
5/882734
Inventors:
Herbert H. Klein - Arlington Heights IL
Assignee:
Unarco Industries, Inc. - Chicago IL
International Classification:
A47F 500
US Classification:
211207
Abstract:
A connector assembly for connecting adjacent horizontal beams of a storage rack to an imperforate post substantially without permanently deforming and damaging the imperforate post. The connector assembly includes a pair of connectors that have support plates which are welded or otherwise secured to the beams and interlockingly engageable fingers that substantially prevent the connector assembly from being pulled apart when the beams are under load. A supplementary fastener connects the support plates and firmly clamps the connector assembly to the post.

Bolivia, The Evolution Of A Multi-Ethnic Society

Bolivia, The Evolution Of A Multi-Ethnic Society

Bolivia: The Evolution Of A Multi-Ethnic Society 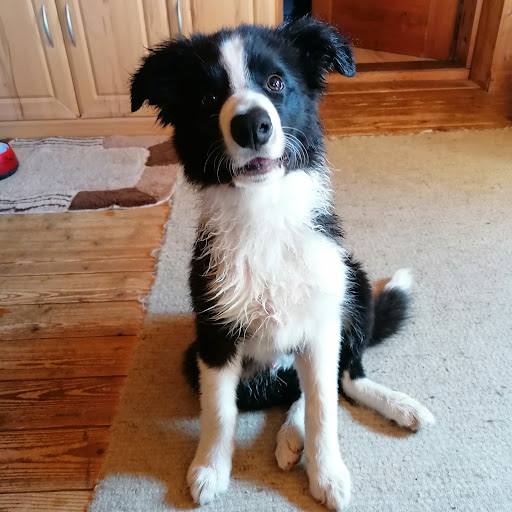 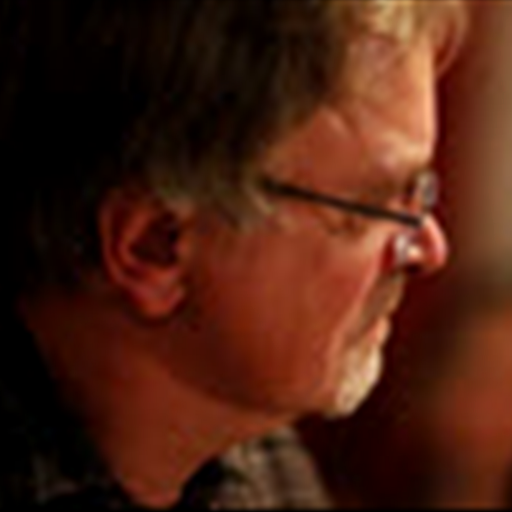 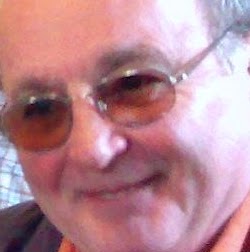 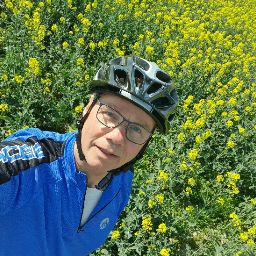 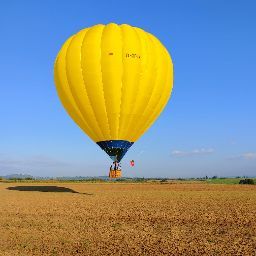 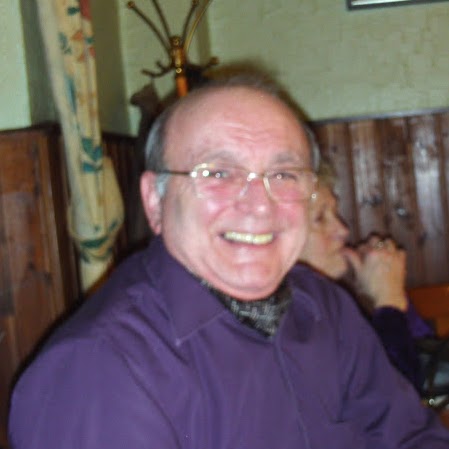