d***e@bemail.com
Get Report Control this profile

US Patent:
5572215, Nov 5, 1996
Filed:
Apr 13, 1967
Appl. No.:
4/634024
Inventors:
Norol T. Evans - San Pedro CA
Duane R. Ritchie - La Mirada CA
Assignee:
Hughes Aircraft Company - Los Angeles CA
International Classification:
G01S 734
US Classification:
342195
Abstract:
A plurality of threshold detectors is provided to pass analog signals of predetermined and varying threshold values. An analog to digital converter converts these analog signals to binary 1s and 0s. A target detected on each radar beam sweep is a 1 and no target is a 0. These binary numbers are then stored in a reversible up-down counter. At the first signal received, the counter counts up on hits (binary 1) and counts down on misses (binary 0). When the contents of the counter reaches a predetermined count, a target's leading edge is declared. At this time, the counter is then reset and proceeds to count up on misses and down on hits until the aforesaid predetermined count is attained, wherein a trailing edge is then declared. 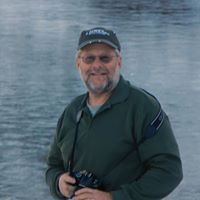